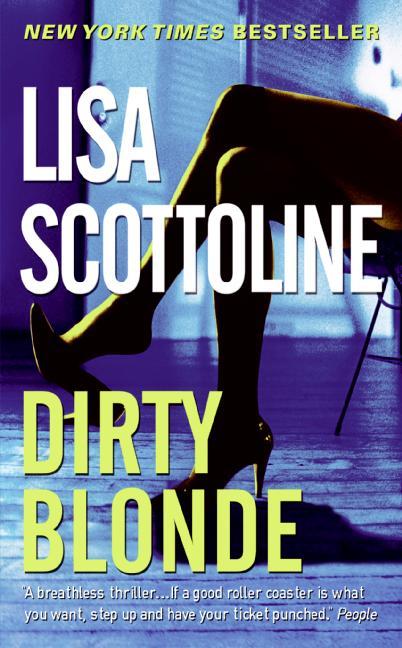 Staat van het boek
Verkoper
Prijs (Incl. servicebijdrage en verzendkosten)
Staat van het boek
Goed
7 maanden geleden aangeboden
" Lisa Scottoline: Dirty Blonde, advance reader's edition 2006, 358pp., paperback, almost new, little dent at the back, photo=book. "A breathless thriller. . . . If a good roller-coaster is what you want, step up and have your ticket punched."--People A female judge finds her life and her career on the line when the defendant in a high-profile lawsuit is killed in this riveting and stylish novel of greed, murder and justice, from New York Times #1 bestselling author Lisa Scottoline. Attractive, sexy, tough-minded Cate Fante has just been appointed to the federal bench in Philadelphia. Uncomfortable among the elite meritocracy of the federal judiciary, the hard-charging woman with working class roots secretly indulges her taste for bad boys and men who work with their hands, like those she knew growing up in an old northeastern Pennsylvania coal-mining town. Presiding over a high-profile multi-million-dollar lawsuit, Cate quickly learns that being a judge doesn't always mean she can do justice. While a wronged former Philly ADA has the moral high ground, the sleazy television producer he's suing has the law on his side. Upset over the trial's outcome, Cate wants to forget with a few drinks and a night of anonymous sex. But when she realizes she's made a mistake, the stranger she picked up becomes aggressive, and she barely escapes without getting seriously hurt. For Cate though, the trouble has only begun. Returning home, she learns that the TV producer from her court case has been murdered. Then the body of her failed one-night stand is discovered. Suddenly Cate's secret private life is splashed across the media and her job is in jeopardy. Her only hope is to find a murderer and clear her name. But can she uncover the truth before the cold-blooded killer silences her?"
Verkoper
Mees Jan
Verstuurt meestal binnen 1 dag